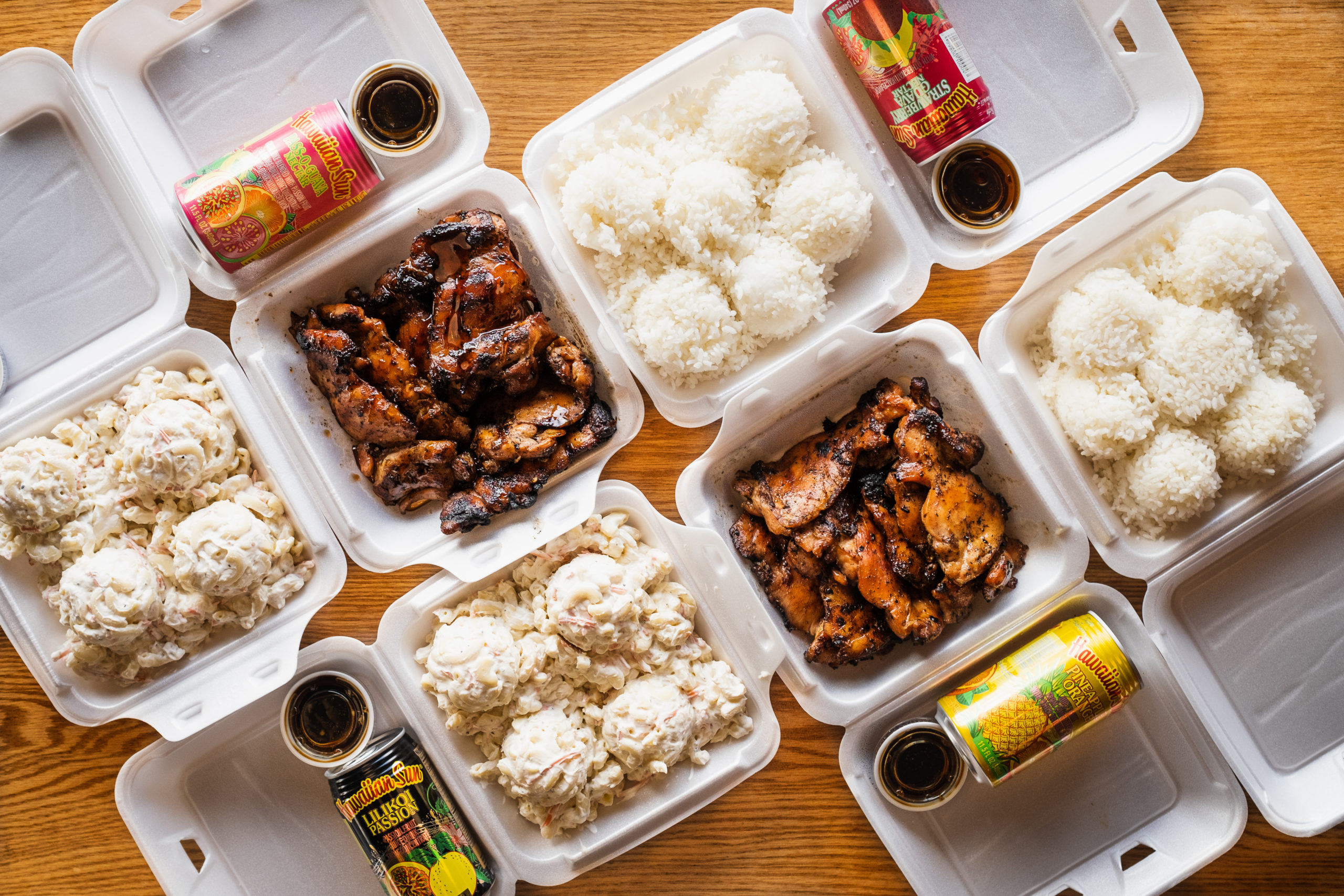 By brjApril 4, 2022May 20th, 2022No Comments
The Hawaiian concept received an investment from the multi-million dollar Savory Fund in 2017

Brothers Kalani and Kimo Mack founded fast casual Mo’ Bettahs with the desire to show the contiguous U.S. another part of Hawaii that’s not necessarily captured through television, movies, and other media.

The duo wanted to bring customers into their lifestyle, almost as if they were personally hosting a cookout in their backyard.

The plan is put into action, CEO Rob Ertmann said, by the chain’s approachable and familiar menu. At its core, Mo’ Bettahs offers chicken, pork, and steak, but that chicken is covered in the brand’s own Teri Sauce. The smoky and salty “kalua pig” is slow roasted for 10 hours, and the teriyaki steak is marinated, grilled, and thinly sliced.

As part of the classic “plate lunch” served in Hawaii, proteins are packaged with a side of white rice and macaroni salad that Ertmann jokingly described as a “signature recipe that I wish I could find a way not to eat so often.”

“Yes its a simple menu, but the specialization marinating our teriyaki chicken, the way we cook the kalua pig, making sure that we’re using Aloha Shoyu—which is authentic to the Hawaiian Islands—in our soy sauce and is used to make out Teri Sauce,” said Ertmann at the recently held ICR Conference. “All super important that these small details come together to where we can present this backyard, homestyle food that you would find in Hawaii.”

Mo’ Bettahs first opened in 2008 in Bountiful, Utah, and grew to six locations by 2016. A year later, the Hawaiian concept received a majority investment in 2017 from former restaurant management company Four Foods Group. The brand now falls under the multi-million dollar Savory Fund, a growth driver backed by a team of more than 60 food and beverage veterans.

The completely company-owned chain opened 11 new stores in 2021, pushing its systemwide count to 27 stores in three states—Utah, Idaho, and most recently Texas. The goal this year is to open 20 more restaurants, nearly doubling its total footprint. Target markets range from the Mountain West to the Midwest, including Nevada, Arizona, New Mexico, Colorado, Wyoming, Nebraska, Kansas, Oklahoma, Missouri, Iowa, and Ohio.

“We see a pathway where this can appeal to many different groups across the U.S., and really see that national growth start to happen,” said Ertmann, who was brought on in the fall with more than 25 years of industry experience at Burger King, Philz Coffee, Einstein Noah Restaurant Group, and Peet’s Coffee.

The concept boasts an average check of $20.80, and an AUV of $2.1 million. Store-level margin is 24 percent, and that’s accounting for the commodity pressure felt throughout last year. Prior to inflation, Mo’ Bettahs was seeing EBITDA in the 28 percent range, and Ertmann said the company sees a path back to that mark.

Meals are purchased almost equally between the afternoon and evening dayparts, with dinner having the slight 51 percent edge. Off-premises accounts for roughly 34 percent of sales.

“We’re exited to share this concept with the world,” Kalani said. “Our food does incorporate ingredients that do come from Hawaii. We have strategic vendors that we work with that are very old vendors, dear to people in Hawaii. We go through the lengths that we need to bring in those ingredients so that are food is as authentic as possible and we can share that authenticity with the world.”

Traditionally, stores have been inline, endcap, and standalone, but as the brand went through 2019 and into 2020, the fast casual began leaning heavily into drive-thru. Restaurants are usually between 2,600 to 3,000 square feet.

Expansion is now focused more on endcap and standalone units where the brand can leverage the revenue-driving drive-thru channel, which is now featured in more than 50 percent of the company’s system. Mo’ Bettahs costs roughly $600,000 to build, with a payback period of less than two years.

The brand is currently undergoing a refresh, such as updated logos and upgraded interior designs. The prototype, debuting later this year, speaks to the principles on which Mo’ Bettahs was founded, meaning the dining room welcomes customers into what feels like a home or backyard in Hawaii.

The inside features surfboards that have actually been used in The Aloha State, paddles that highlight Hawaiian canoeing, and other photos to emphasis the authentic experience. Grills are a centerpiece of the back of house, so customers can see and smell their food being prepared.

But there is one that stands out most to newcomer Ertmann, and will guide Mo’ Bettahs on its growth journey.

“What’s great about this and what I continue to learn from Kimo and Kalani every day is how important it is to live a ‘Pono’ lifestyle, which means to do things the right way, to make sure that you’re practicing things, and you’re making sure you’re getting them done with perfection,” Ertmann said.